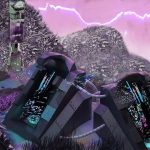 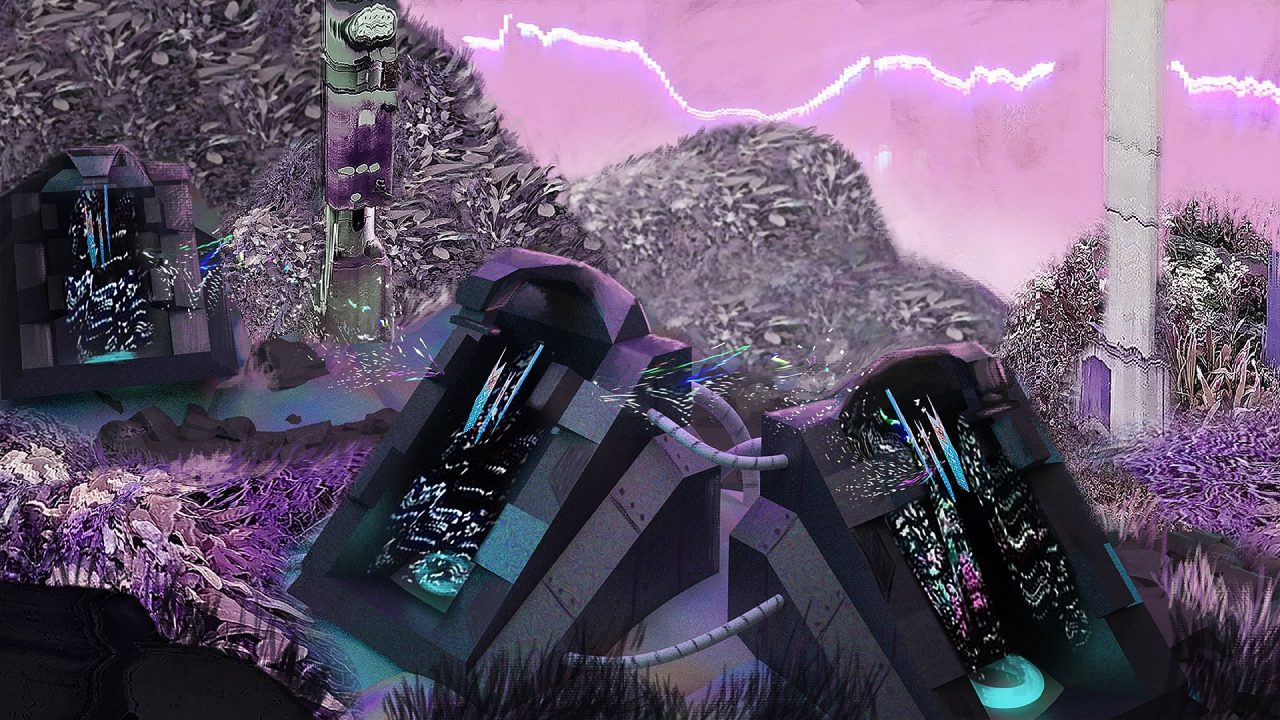 With technology and the web playing such a key role in the function of human society, how might this affect humans as a species? Far into the future, with the help of advanced technology, will people evolve or transcend into amorphous beings that travel and communicate through electrical lines and electronic devices? What will happen to the earth when we become so attached to technology that we abandon the environment that allows us to exist?

This image was created using a combination of 3D Modeling, Digital Photography, and Digital Imaging/Painting. Slit-scanning was a method that was used for creating the wavering aesthetic in the environment. Slit-Scanning is a photography technique in which images are captured by a scanning device. This method was extremely important in conveying the idea that this environment is being directly impacted by technology and these futuristic beings.

This world I created has objects from the past that no longer are used in this futuristic world and are simply left for the radiated plants to grow over. While the beings are somewhat trapped in technology, plants are attempting to take over although their genetic code has been altered drastically by the state of the environment. This image is a warning that we must come to reality before it is too late for us and our environment.

Kerry Kirkpatrick received her BFA in Digital Art at Bowling Green State University in May of 2016 and since then has sharpened her skill set in visual storytelling and concept art. As a visual artist, she tells stories through the purposeful placement of elements in each of her paintings. Her work ranges from images of everyday life to conceptual and fantasy pieces. She believes you can find a story in anything as long as you look close enough.

Kerry’s love for computer graphics has led her to become very involved in an international organization known as ACM SIGGRAPH. While being a member of this prestigious organization, she has served as Chair of the Bowling Green State University Chapter and Student Volunteer at the annual conference in 2016 which was located in Anaheim, California. Since then, she joined and continues to serve on the ACM SIGGRAPH Professional and Student Chapters Committee which oversees and assists chapters located all over the world.