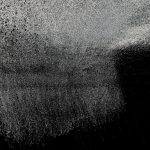 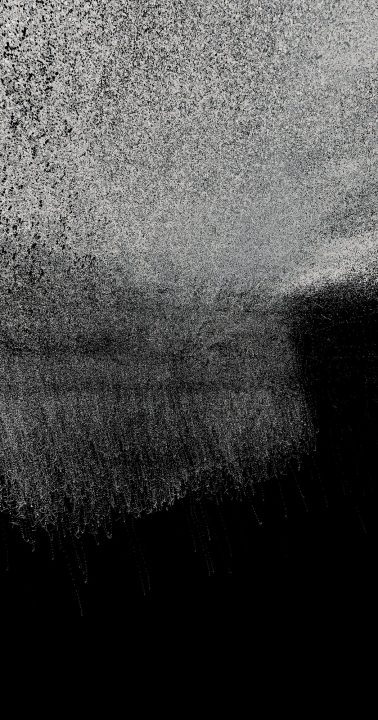 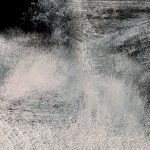 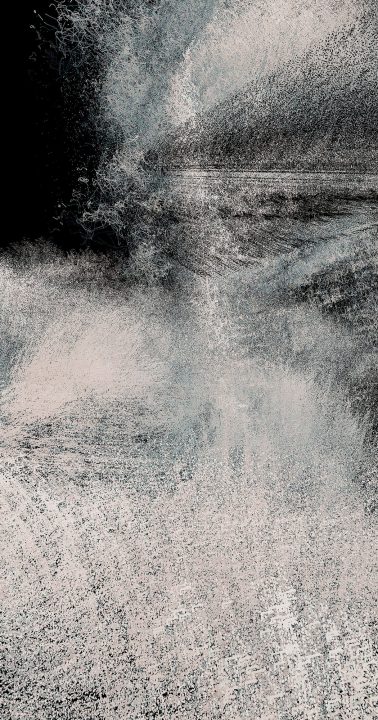 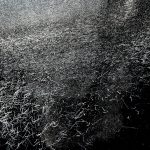 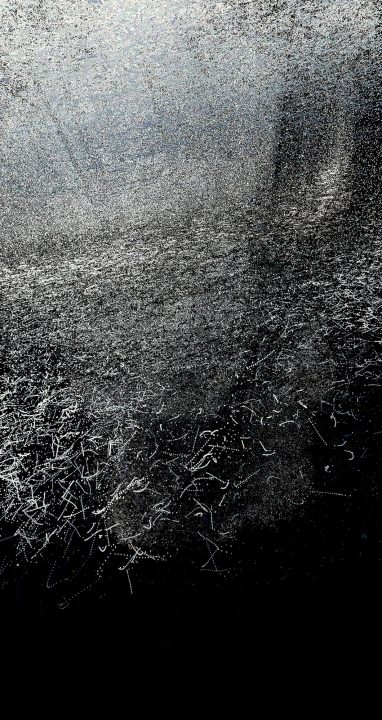 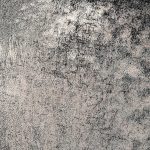 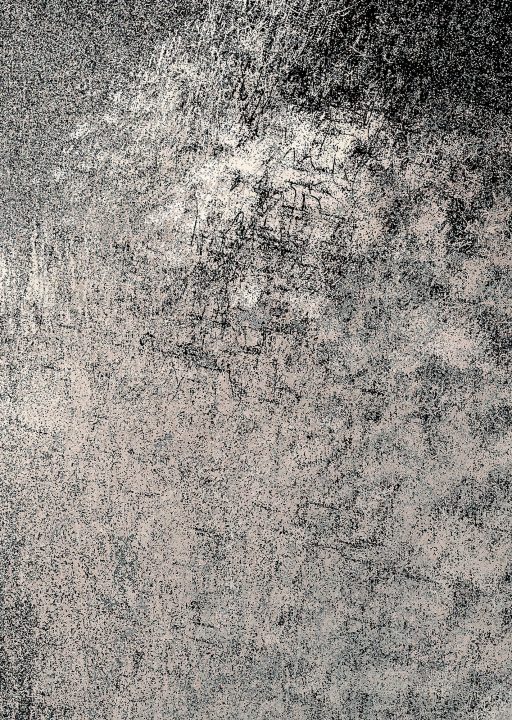 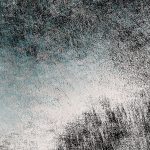 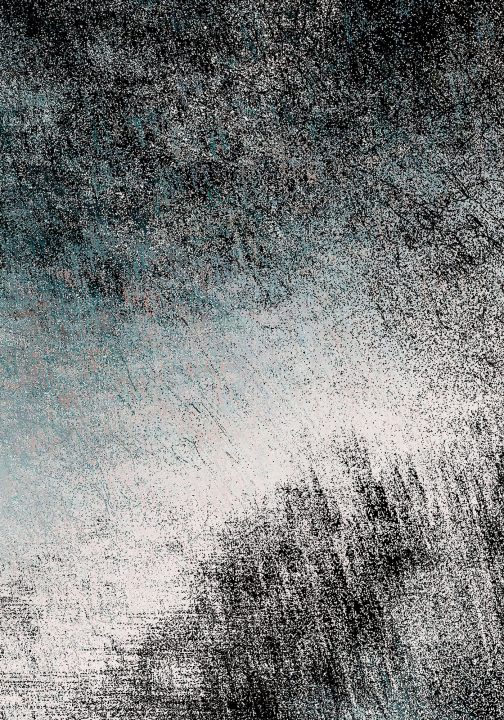 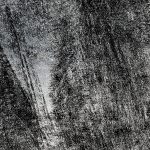 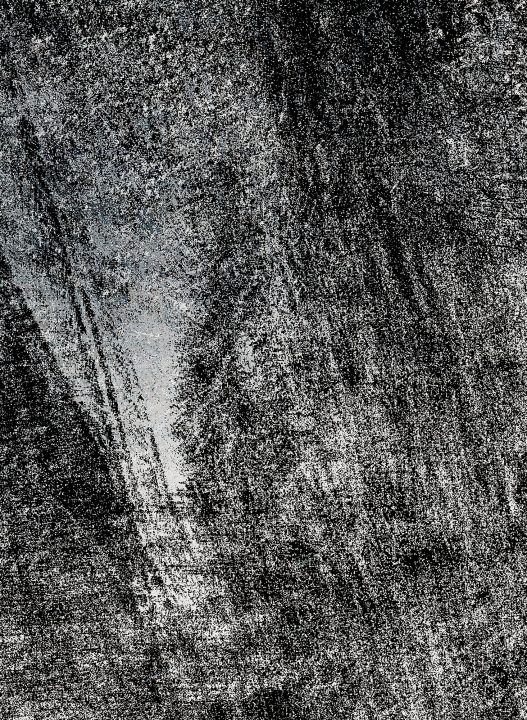 Between Worlds is a series of abstracts based on liminal space, both in the aesthetics of the pieces and the interdisciplinary approach taken in their creation. Working between the worlds of digital and physical media to create pieces both vivid and distant, between reality and virtual.

A memory of a real place, a shadow of the past, these liminal spaces of the mind are reflected in marks on the canvas – being neither wholly 2D shapes nor 3D forms, the viewer transitions from one to the other as they explore the works, mimicking the transient nature of life and their own experience.

The process involved in this work was itself between worlds – that of digital code and physical oil paint. Produced with C++ open source software openFrameworks, using data from scanned in paint, complex point clouds were generated to run simulations containing more than 1,000,000 particles. These were then used to paint, using both the artist’s hand and the generative simulations to create the final images.

We amputate ourselves when we create digitally. The sense of touch and spatial manipulation given from our hands and bodies have no connection to computers. By settling for computer interaction based on pictures behind glass, by technology bypassing the body and not being part of the physical environment, we slowly engender a future of immobility.

Yet we have an entire body at our command, why would we not use it?

I engineer systems that utilize the tactility of my hands as much as the logic of my mind, working between coding and painting in the same session, using technology to build a more immediate, improvised and natural environment. Escaping the paralysis of the screen to make a creative process based on intuition and feeling, assisted with technology.

These systems are the drive of my work; to develop a dynamic medium that we can see, feel and manipulate and to create works that draw on this wealth of untapped potential of human capability. Technology to bring us closer to reality, instead of propelling us away.