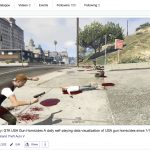 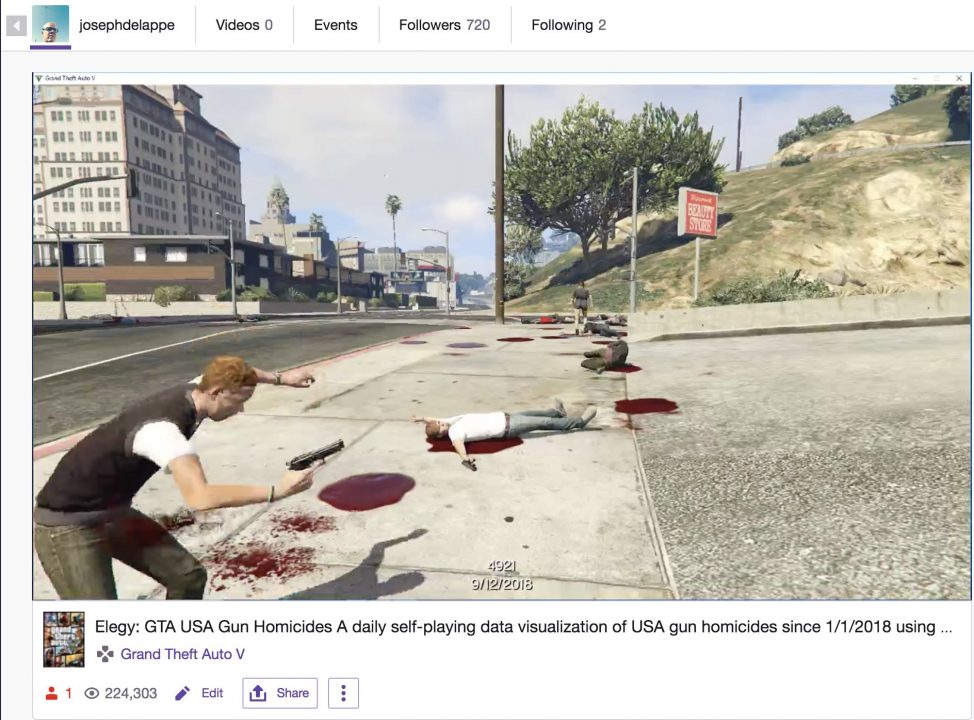 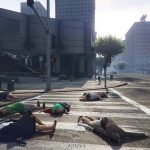 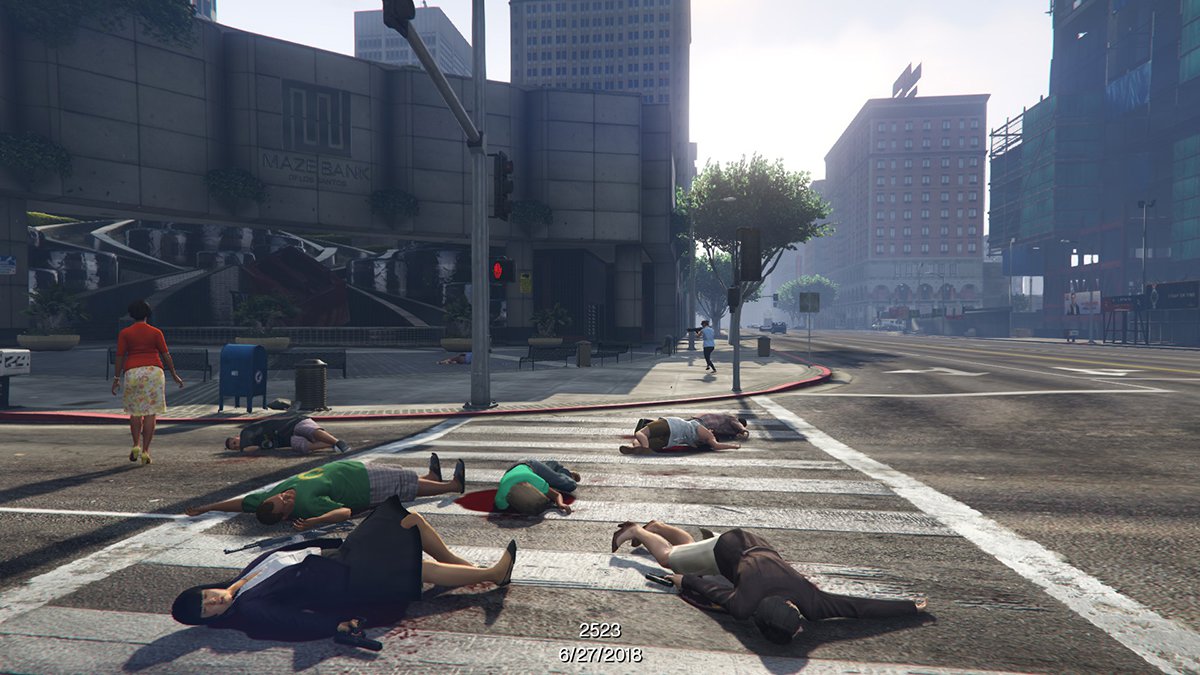 Elegy, a self-playing version of GTA reenacts these deaths as seen from a slow backward tracking shot meandering through the gamespace to record the action in real-time. The project is being live streamed on Twitch.tv. The work is accompanied by a looping soundtrack, of the first radio recording of “God Bless America” as sung by Kate Smith in 1938. 2018 is the 100th anniversary of the composing of this song by Irving Berlin.

The work is a pilot project to explore data visualization using computer gaming. The intention is to run the project 24/7 for the next year until July 4th, 2019.

Joseph DeLappe is an artist, activist and curator. Working with electronic and new media since 1983, his work in online gaming performance, sculpture and electromechanical installation have been shown extensively throughout the world. DeLappe works at the intersection of art, technology, social engagement/activism and interventionist strategies exploring our geo-political contexts. In 2017 he was awarded a Guggenheim Fellowship. He has developed works for venues such as Eyebeam in New York, The Guangdong Museum of Art, China and Transitio MX, Mexico City, among others. Creative works and actions have been featured widely in scholarly journals, books and in the popular media. In 2006 he began the project “dead‐in‐iraq” , to type consecutively, all names of America’s military casualties from the war in Iraq into the America’s Army first person shooter online recruiting game. He also directs the iraqimemorial.org project, an ongoing web based archive of imagined memorials to the many thousand of civilian casualties from the war in Iraq. More recently he collaborated with the Biome Collection to develop the computer game, “Killbox”, a two person shooter which explores the complexities and consequences of drone warfare which was nominated for a 2016 Scottish Bafta as Best Computer Game.

Elegy: GTA USA Gun Homicides was made with the assistance of coder/collaborator Albert Elwin. Albert is an artist and programmer. Originally from New Zealand, Albert now lives and works in Scotland. He co-founded Space Budgie, an independent games studio in 2013, creating the game Glitchspace. Albert is working on a range of digital experiments and collaborations.