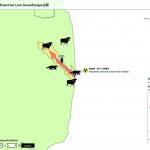 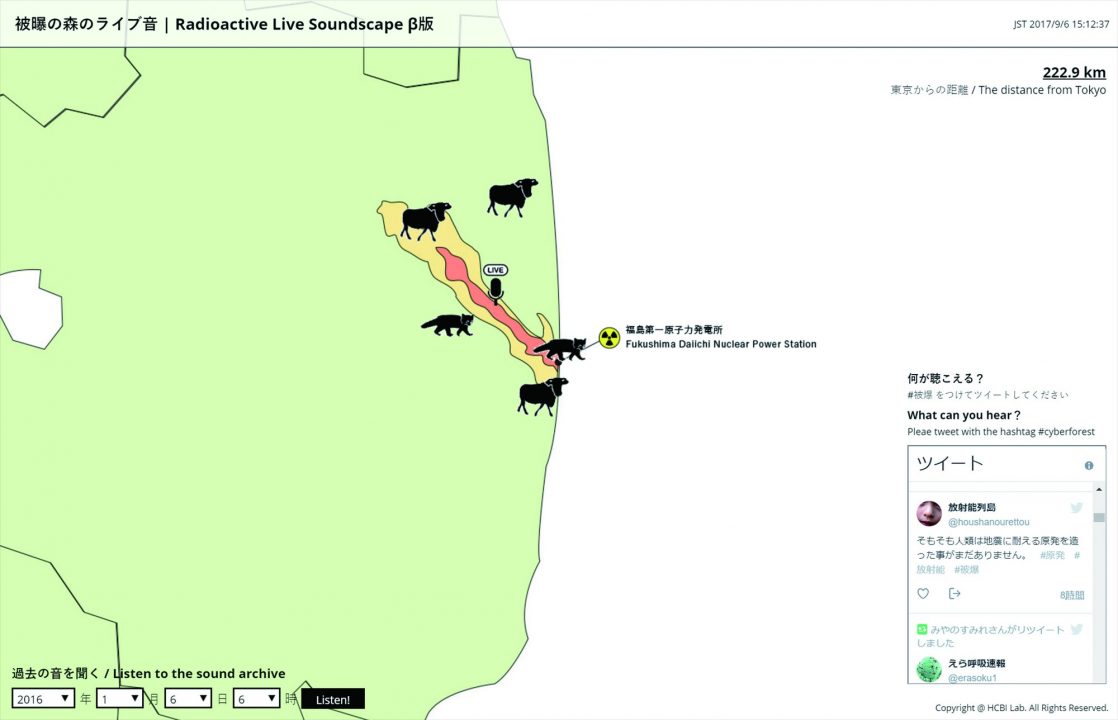 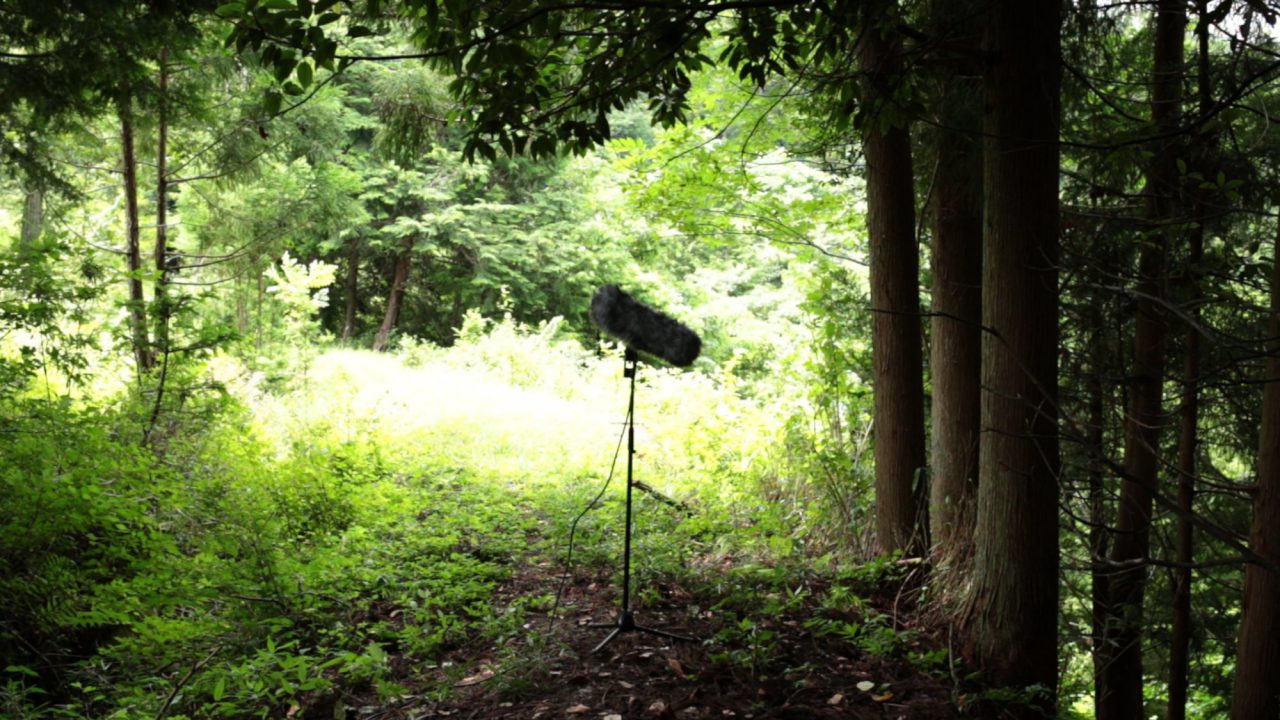 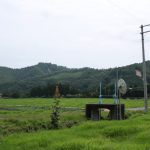 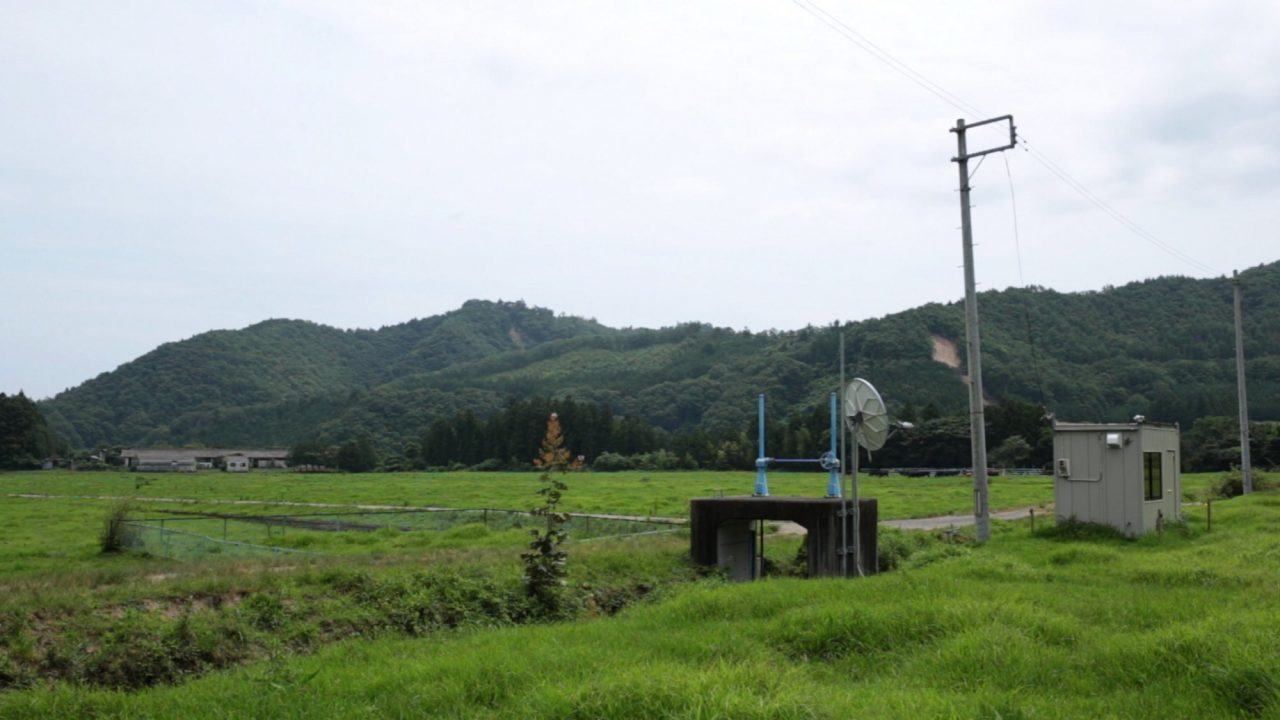 According to the Chernobyl nuclear disaster report of the International Atomic Energy Agency, it is academically and socially important to conduct ecological studies concerning the levels and effects of radiation exposure on wild animal populations over several generations. Although many studies and investigation were conducted around the Chernobyl nuclear power plant, there were little audio samples. At last, twenty years after the Chernobyl disaster, Peter Cusack made recordings in the exclusion zone in Ukraine. To understand the effects of the nuclear accident, long-term and wide-range monitoring of the effects of nuclear radiation on animals is required because there is little evidence of the direct effects of radioactivity on the wildlife in Fukushima. Immediately following the Fukushima Daiichi Nuclear Power Plant disaster, Ishida (a research collaborator at the University of Tokyo) started conducting regular ecological studies of wild animals in the northern Abukuma Mountains near the Fukushima Daiichi Nuclear Power Plant, where high levels of radiation were detected. Ishida reported that it is essential to place automatic recording devices (e.g., portable digital recorders) at over 500 locations to collect and analyze the vocalizations of target wild animals. For monitoring such species, counting the recorded calls of animals is considered an effective method because acoustic communication is used by various animals, including mammals, birds, amphibians, fish, and insects. In addition to using visual counts, this method, in particular, is commonly used to investigate the habitat of birds and amphibians. Furthermore, the ecological studies of the environment near urban areas are being conducted using cell phones. However, it is difficult to use such information devices in the exclusion zone as these areas do not have infrastructure services. It is necessary to develop a monitoring system capable of operating over multiple years to ensure long-term stability under unmanned operating conditions.

The artist constructed one Acoustic Ecology Data Transmitter in the Exclusion Zone (Namie, Fukushima, Japan), 10 km from Fukushima Daiichi Nuclear Power Plant. It aims to transmit and store a live stream of sound from an unmanned remote sensing station in the area. The artist expects these data to prove useful for studies on topics, which include radioecology and the emerging dialects for future observations. This work addresses the dramatic issue of the ecological disaster of Fukushima, creating an immersive and experiential reality for the audience. The live sound data to the public is available via Radioactive Live Soundscape website.