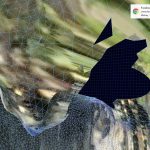 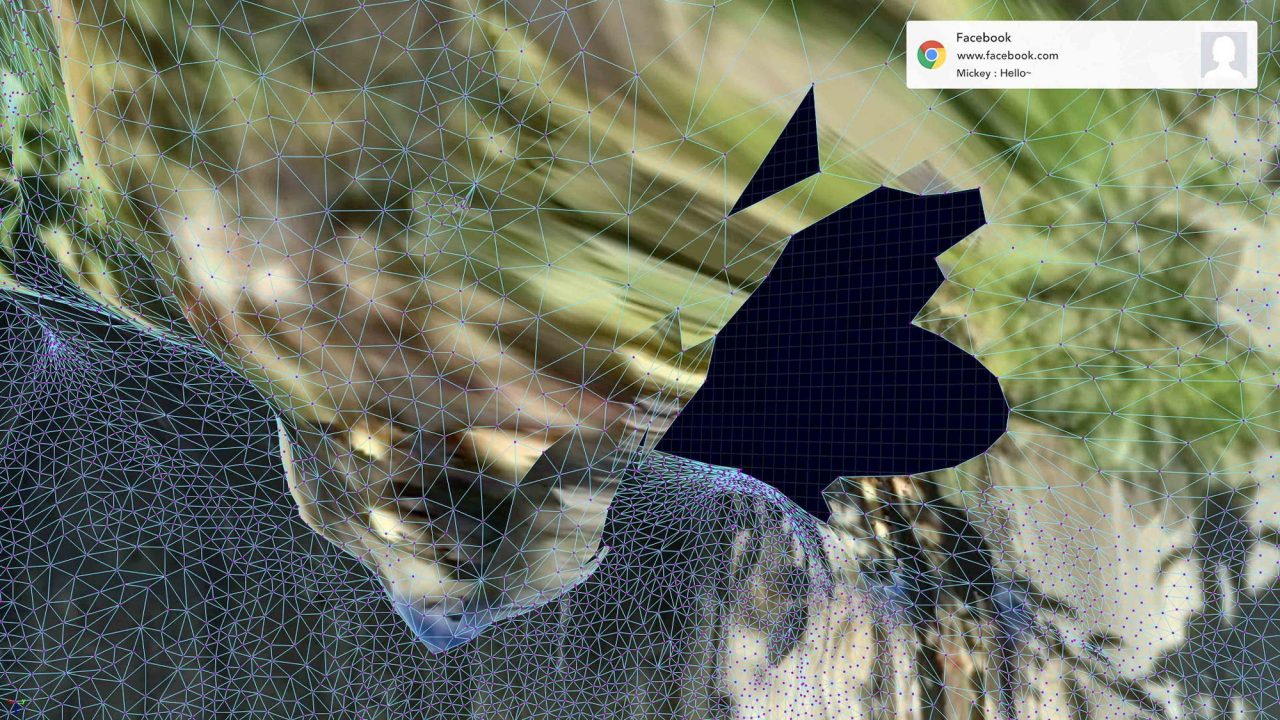 I use a downloaded 3-D software to scan diary spaces with my mobile phone, producing fragmentary and blurry images by moving the lens arbitrarily when in the capturing process. I put the images of different environments scanned in different times in a new, virtual, Artificial space coordination, therefore, “that space and this space” becomes “here an now” and appears in the same virtual time-space. My mother’s family immigrated from Myanmar to Taiwan to pursuit an ideal life, she often contact my relatives who have immigrated to States through Internet video chat, I learned them how to produce panorama scan with mobile phone, they scanned their living environment, And sent the images to me through the Internet, therefore I can juxtapose them with our living space in Taiwan. The voice in VR video is the dialogue between my mother who immigrated from Myanmar to Taiwan and my aunt who have immigrated to States, They chatted in Burmese. They have not seen each for a decade of years, they keep in touch with hi-tech product every weekend, the daily conversations between them are shifting in different spaces in the VR world, “there” and “here “Is closer to each other yet are still far away, and the fragmentary and blurry images after scanning represent the real appearance of sense and memory, and try to explore in the age of accelerated development of information technology, we seems grasped more, but become more incomplete.

Born in Taipei in 1990, Ching-Chuan Hu is now in graduate school at the Department of New Media Art, Taipei National University of the Arts.

My art practice investigates the between reality and illusion, between technology and human beings. I am always trying to reality and virtuality with image production, and I extended my practice to contemporary new media art through experimental images making. Meanwhile, I extract and create besides the present existence through the investigation and reflection of the present and the future.